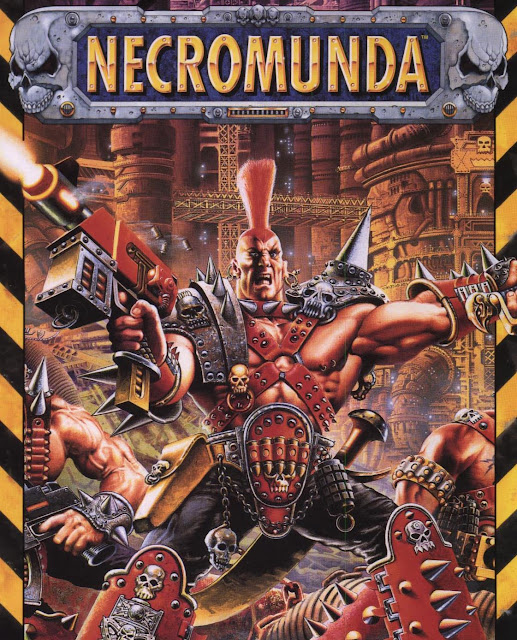 I've decided to give my Space Marines a big-boy paint job.  I'm abandoning my old Void Hounds to their fate in the Warp (Brother Hector has been perminantly assigned to the Deathwatch, so the gene seed will live on). 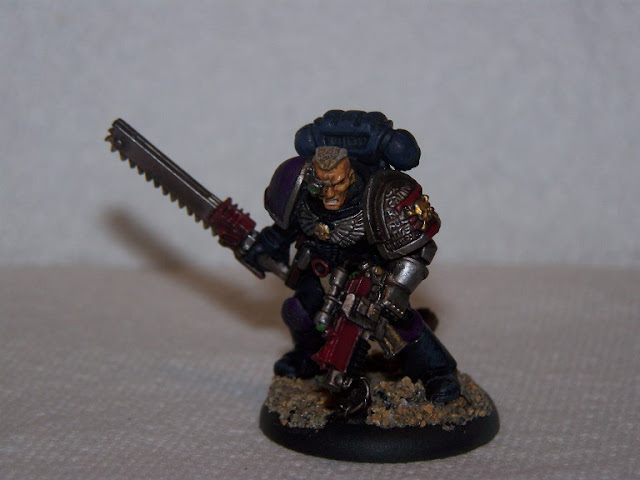 Muggins has convinced me to take a look at the chapters from the Badab War book for inspiration, much as he did for his Mantis Warriors. 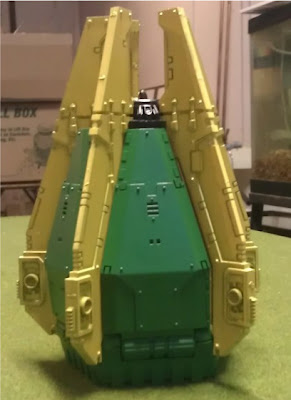 We will likely be running a Badab War campaign at Gamers Sanctuary early in 2012, so we figured we'd get the ball rolling on that by taking chapters on opposite sides of the battle.  Because the Mantis Warriors are rebels, it was up to me to pick a loyalist chapter.  Bill's Salamanders will obviously be represented, so they were out.  I thought about the Carcharodons and their brutal Chapter Master, but the idea of Space Sharks was more rediculous than Space Wolves!  However, I have always been a Space Ghost fan!  The Star Phantoms have fluff I like (they're obsessed with death), tactics and loadouts I favor (Lots of melta and plas, prefer heavy weapons and Devastator squads, and use a lot of Drop Pods) and I've always wanted to paint a white army.  Besides, it was a Star Phantom Captain who shot Huron in the face with a melta gun!  How cool is that!  I painted up a test model last week. 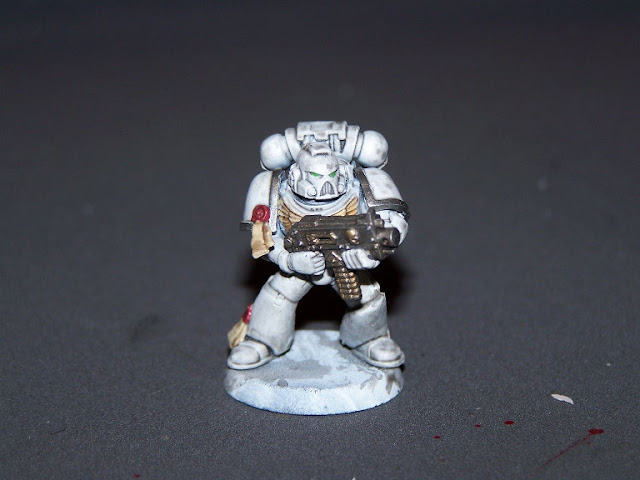 They look rather Storm Trooperish, but that just makes them cooler, if you ask me.  I just need to think of a basing scheme and I'm done.  It will likely be something that fits the campaign.  I'm in the middle of stripping all my vehicles and repriming them all white.  I'll get one of my Dreads done this week and post it here.  Thoughts?

Don't worry; my Eldar repaints are coming along nicely.  I have three more tanks and the guardians to do, but they all go quickly.  I'll have them ready for the tournament at GS in two weeks. 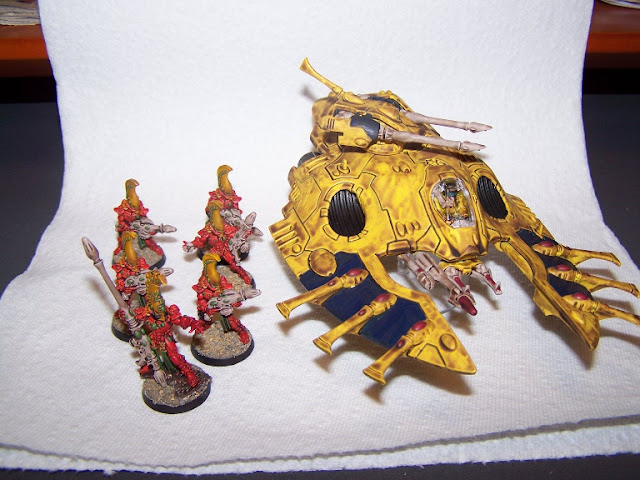 Later
Posted by Cerberus at 7:38 AM 2 comments: