With a slow week at work, I found myself with a TON of free time.  I managed to finish my Shining Spears for the August painting challenge at Gamers Sanctuary. 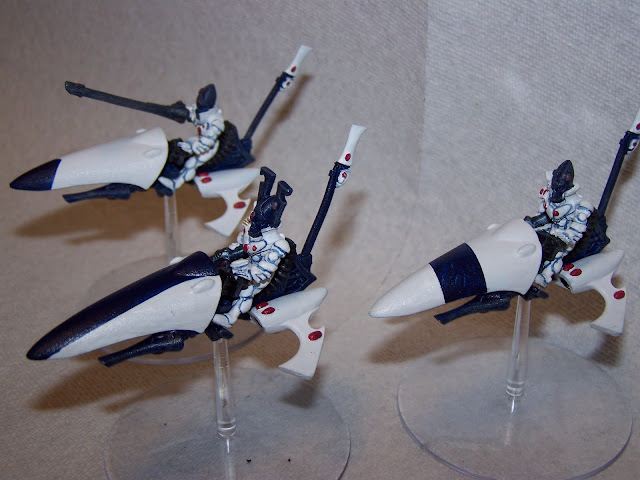 I also managed to finish my Stormclad and Captain Caine. 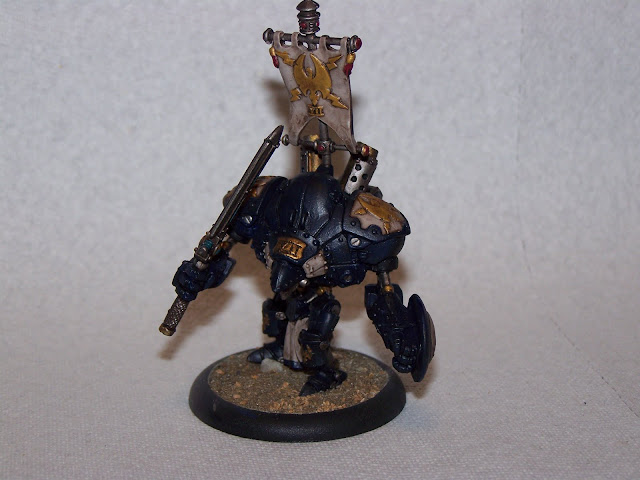 On Monday I was lucky enough to get in a game of Warmachine against Muggins from Fresh Coast 40K.  We settled on 35 points, Khador vs Cygnar.  We have both been trying to concentrate on getting more acquainted with a single Warcaster, Strakhov and Caine respectively.   The game started as most do, with both our forces advancing and the Casters buffing their units.  A few shots were taken in turn two by my Gun Mage Captain Adept and Caine against Muggins' Kazay assassins.  As luck would have it, they failed their Command check and stopped advancing, nullifying his attempt to outflank my forces.  The following Khador charge managed to destroy one of my Hunters and cripple the other significantly.  It also wipped out my Stormblades.  However, Caine was able to destroy the Great Bears and finish off the Doom Reavers using his feat in a single round of shooting.  However, that move left Strakhov a small windoe to make an assassination run on Caine.  He rolled three shots with his Riot Gun and added a fourth with Reinholt.  I thought I was doomed, especially after this was his first hit roll; 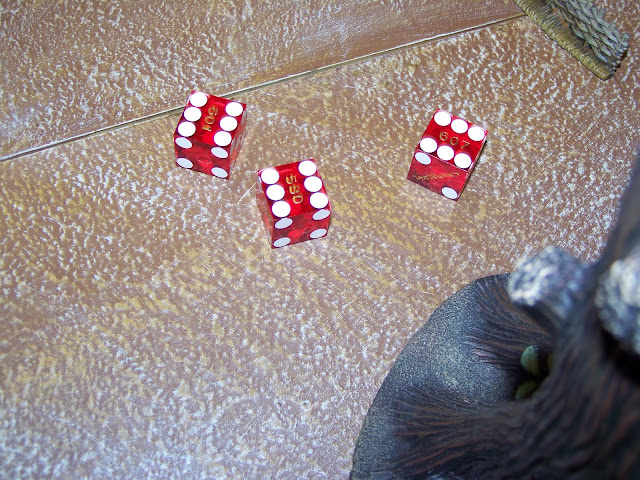 However, when his damage roll came up this; 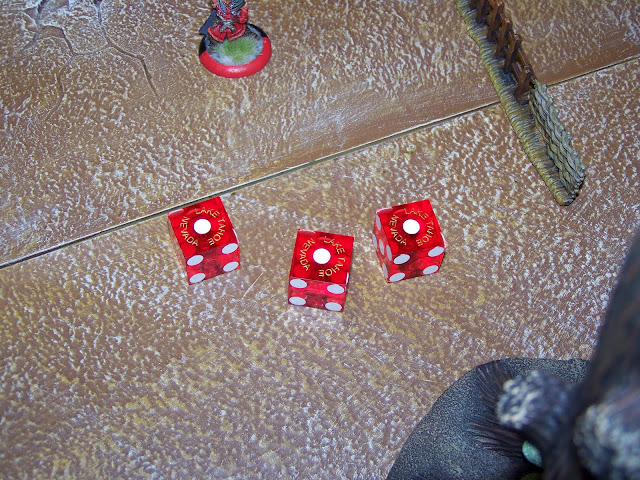 I felt better.  He then promptly missed all three of his following Boosted attacks.  Caine's 17 Defense is just wrong.  At that point, the game was over.  Caine shot Strakhov to pieces, giving me the win.  Here are some more pics of the game. 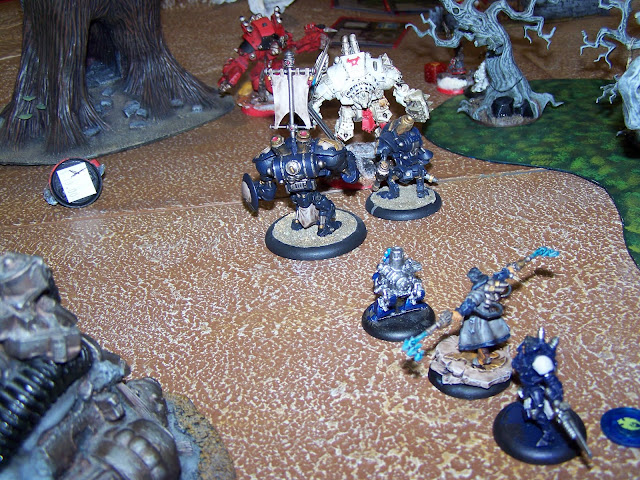 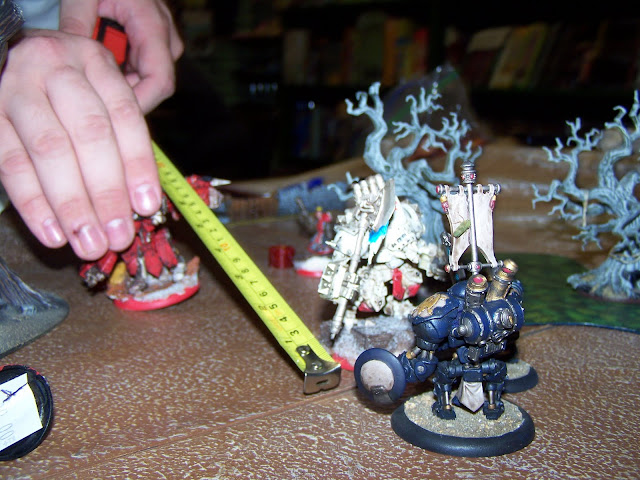 Later
Posted by Cerberus at 7:59 AM No comments: